Posted at 20:00h in Uncategorized by Nick Link
0 Likes

Ho-Made Records is proud to be Working Harder Together.

Lead singer and guitarist of The Furies. Writer and illustrator of Nick Walks The Dinosaur. Director, editor, and videographer of Not Blood Paint’s videos. James P.M. Lee does a lot.

Unfortunately last month someone broke into his apartment and absconded with his laptop and a couple cameras. Now his friends at Working Harder Together want to help him replace his stolen equipment. Which is why we are throwing a benefit show featuring Not Blood Paint, Wanna, Big Figment, and Steve Nelson. The night will also be emceed by the one and only Mike Fox.

Nick has been hard at work for this event. Creating a video (which we’ll post here after the show), designing signage, and printing large James P.M. Lee posters.

There will be James related merch at the show as well as a silent auction. Hopefully we’ll be able to raise enough money to replace some of his equipment. If you’re in Brooklyn come out to Kings County Saloon on March 5th at 7PM and help out. If you’re elsewhere you can donate at http://www.notbloodpaint.com/bandsagainstburglary 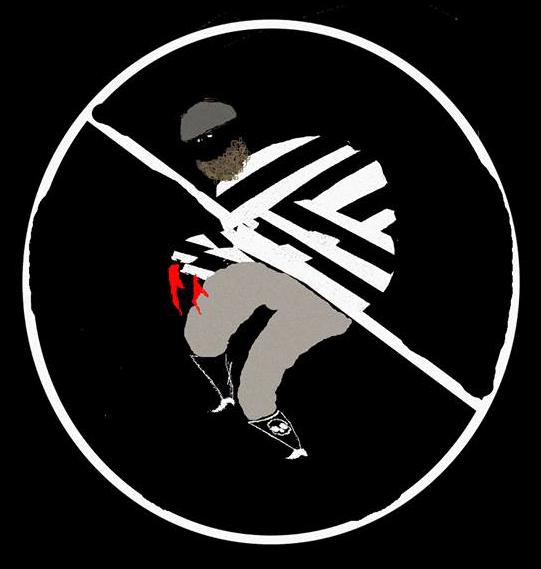